TOP 10 most interesting sights of NEW YORK. The most interesting places to visit. Route for tourists. How to get the visa to the USA.
We already wrote a lot about the wonderful places in Europe and acquainted you with the magnificent resorts of Italy, Spain, Greece, France, the Alps and the Alpine resorts of France and Italy, and admired the extraordinary beauty of Scotland

Today we want to introduce you to the city of modernity, New York.

It's a city that captivates and fascinates with its color. This is place of intense ultra dynamic life. Where ever you are looking for a quiet place in this city, it is simply unreal to find. Each corner will seem familiar to you, because you probably saw it in some Hollywood movie. You can talk a lot about a city that is called a big apple, but it's unreal, New York is a city of contrasts that you need to see with your own eyes. So, as they say, Welcome to New York baby!

To describe all the sights of New York, you need to write several volumes of books, but nevertheless, in order to make your stay interesting and informative, we want to acquaint you with the most interesting places in New York that you just need to visit.

Also there are so many parks in New York that will surprise you with their landscape, because New Yorkers treat them very carefully. The most famous park in the world -  Central Park, it is located on the island of Manhattan. Although the entire landscape of the park was created by hand, it looks very natural and no less popular There are many lakes, alleys, a zoo, a skating rink, children's playgrounds n the park.

Prospect Park is no less interesting and popular park of New York, which is famous for its unique water area in the park, which makes it very natural. Just a unique place in the Chelsea area is High Line Park, a parkalley, view from which simply goes to Hudson and New Jersey. Bryant Park is famous for the biggest lawn in Manhattan, which of course attracts office workers and, of course, tourists where you can have a great picnic and just have a good time.

2. THE STATUE OF LIBERTY

The Statue of Liberty, without which there is no America, is located in New York on the island of Liberty. The full name of the main symbol of Americans - Liberty illuminating the world.

The height of this statue is 93 meters, to overcome all the way from the level of her feet to the top, it is necessary to overcome 377 steps, also there is an elevator. But in order to climb to such a height and admire the magnificent views - it's worth it. Your emotions will simply be inexpressible. 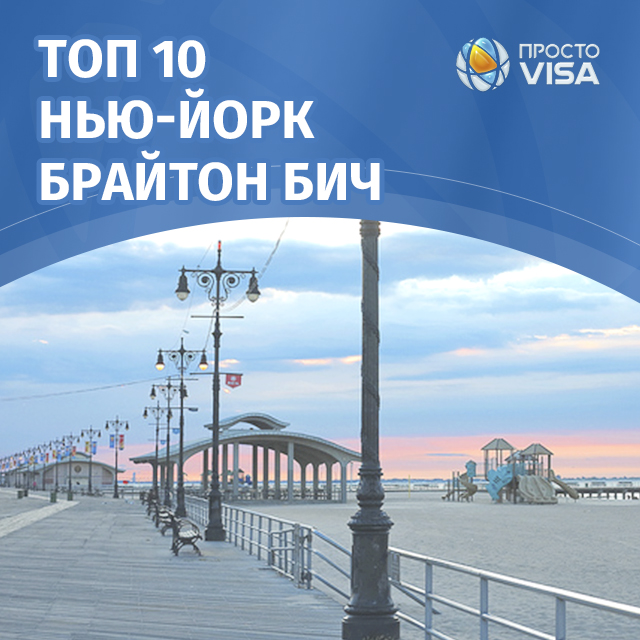 It is one of the most famous and popular Russian-speaking areas of New York, which is located in the south of Brooklyn.

In the summer, this area is popular not only among tourists, but also among locals because of the proximity of the oldest park in the city of Coney Island.

You can find many Russian-language cafes of restaurants and shops on Brighton Beach, as well as cultural centers, such as the Ballet Theater on Brighton. The district is also called "small Odessa" because of the large number of settlers from this Black Sea city.

There are many museums in New York, but still the most important museums to visit: 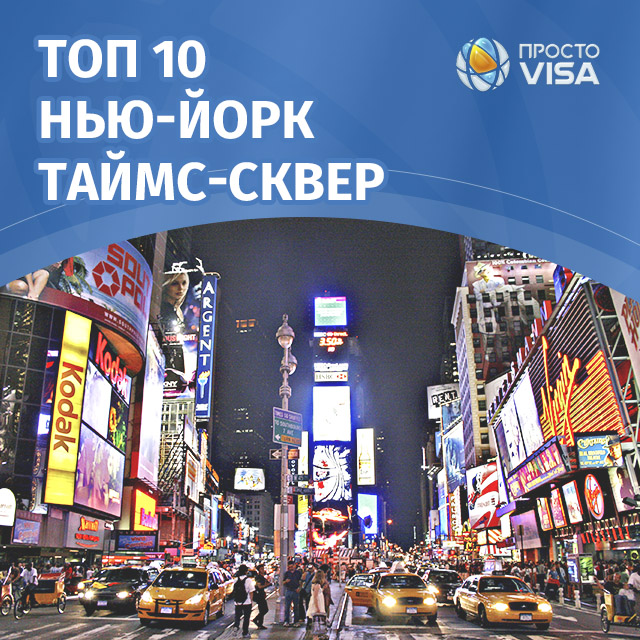 Times Square is one of the most popular places in New York city, where you can meet a large number of tourists and visitors of the city.

Even if you have never been to New York, the corners of this famous square will seem to you very familiar, because you probably saw it in the famous Hollywood movies or just on the news. One of the main attractions of the area is the availability of the ABC studio. Also there are many theaters and musical halls on Time Square because of this the area is often called Theater District.

Union Square, Manhattan's main square is located at the intersection of two Broadway and Bowery streets. Square is associated with a farmer's market, because here you can buy a variety of products that proudly carries a sign Naturally though it costs more. There are many monuments of famous people such as George Washington, Abraham Lincoln, Marquis de Lafayette, Mahandas Karamchand Gandhi.

The legendary skyscraper is another symbol of America, located at the intersection of Fifth Avenue. Observation platforms are open for tourists on the 86th and 102nd floors, from which an unusual view opens. There are a lot people who want to rise to such a high level. More than 110 million people have already been there.

The Chrysler Building is distinguished by its impressive organicness and elegance is located at the corner of 42nd and Lexington Avenue. The building is a sample of the Art Deco style with its height of 319 meters.

One of the highest buildings of the Big Apple is the Tower of Freedom, its height reaches 541 meters. The tower is a commercial and office building, the topmost levels are arranged for restaurants, from which a magnificent view of the city opens.

The most famous bridge that connects the urban areas of Brooklyn and Manhattan. The length of this legendary bridge is 4863 meters.

A lot of tourists come, every year come and come to this bridge from both sides of the East River, which makes this place one of the main attractions of New York.

In the evening, the bridge is very beautifully illuminated, which makes it more attractive.

CHURCH OF THE TRINITY

The most famous Episcopal Church of New York is located at the crossroads of Wall Street and Broadway. There is a cemetery on the territory of the church where one of the founding fathers is buried, which deserves special attention. The church is very beautiful and built in the Neo-Gothic style.

It is one of the main American theatrical cultures. There are more than 40 large theaters in the Theater District. For tourists this is another place that has become very popular among many tourists. you can visit any show that you want on Broadway and believe, the emotions will be grandiose. You can buy tickets on the spot at the ticket office, which will cost you $ 30-40. The most visited and popular musicals of Broadway: "The Phantom of the Opera", "Cats" "Beauty and the Beast", "Les Miserables".

There is a zoo in the Bronx district in London, its area is 107 hectares. Today there are 650 species of animals on the territory, and the total of 4000 animals. The zoo consists of such zones: World of Birds, African Plains, World of Monkeys, World of Reptiles, Madagascar, Tiger Mountain, Monorail over Wild Asia, Congo Forest of Gorillas, World of Jungle.

So if you love nature, you really have to visit it. You will go on an exciting journey into the world of nature.

The name of the district speaks for itself, the area is populated mainly by immigrants from China. There is an area in Lower Manhattan.

Nowadays Chinatown is a huge market with a large number of shops  where you can buy a variety of fish products and various Chinese products.

Are you planning going to New York soon? - Find Hotels in New York